LIBERTINE presents “Words & Things” in conjunction with Schau Fenster and Kanya & Kage as part of the Berlin-LA Connect art festival. Are words things? Can a thing communicate? Is the art of objects a common language that transcends differences – for example between English and German. As children we are inserted into the everyday assumption of the words of the Other. But an object is a way of inserting our own fantasy of the other. While not clear, an object may transcend the limitations of language, conjuring up new ideas and expressions. Yet finally the “writing” itself of the object appends the discourse of human institutions.

While the background of this show remains the exchange of culture and the transfer of language, the theme chosen by the collaborators to join their singularities is The Word.

Anina Brisolla’s calligraphic fabrics and Brad Downey’s graffiti pots are writings that remain objects, pointing to words as an act without declaring a known language. Gregor Hildebrandt’s pawns too compose a language of gaming and rules of exchange that evoke the object poems of Broodthaers and the ready-made performance of Duchamp.

While Brisolla in her “fabrics” series is reflecting on the binary system of truth and false both philosophically and politically in the contemporary age of so called fake news and individual truths, Downey in his writings is addressing the issue of presence and the reassurance of individual existence, leaving personal traces on the walls symbolically. Downey’s ceramic vessels present a wall to leave graffiti traces on. Brisolla uses three-dimensional handwritings to repeat the same words mantra-like. Hildebrandt in contrast displays chess pawns to tackle the antagonism of individuality and uniformity. Truth needs words to manifest on stones. And symbols to reflect on oneself. They say that “sticks and stones can break my bones but words can never hurt me.” Yet words can be used as weapons especially in the time of an information age thrown at the other like a stone. In contrast the art of words and things can be used to communicate and heal the social discourse as Beuys declared of soziale plastik. 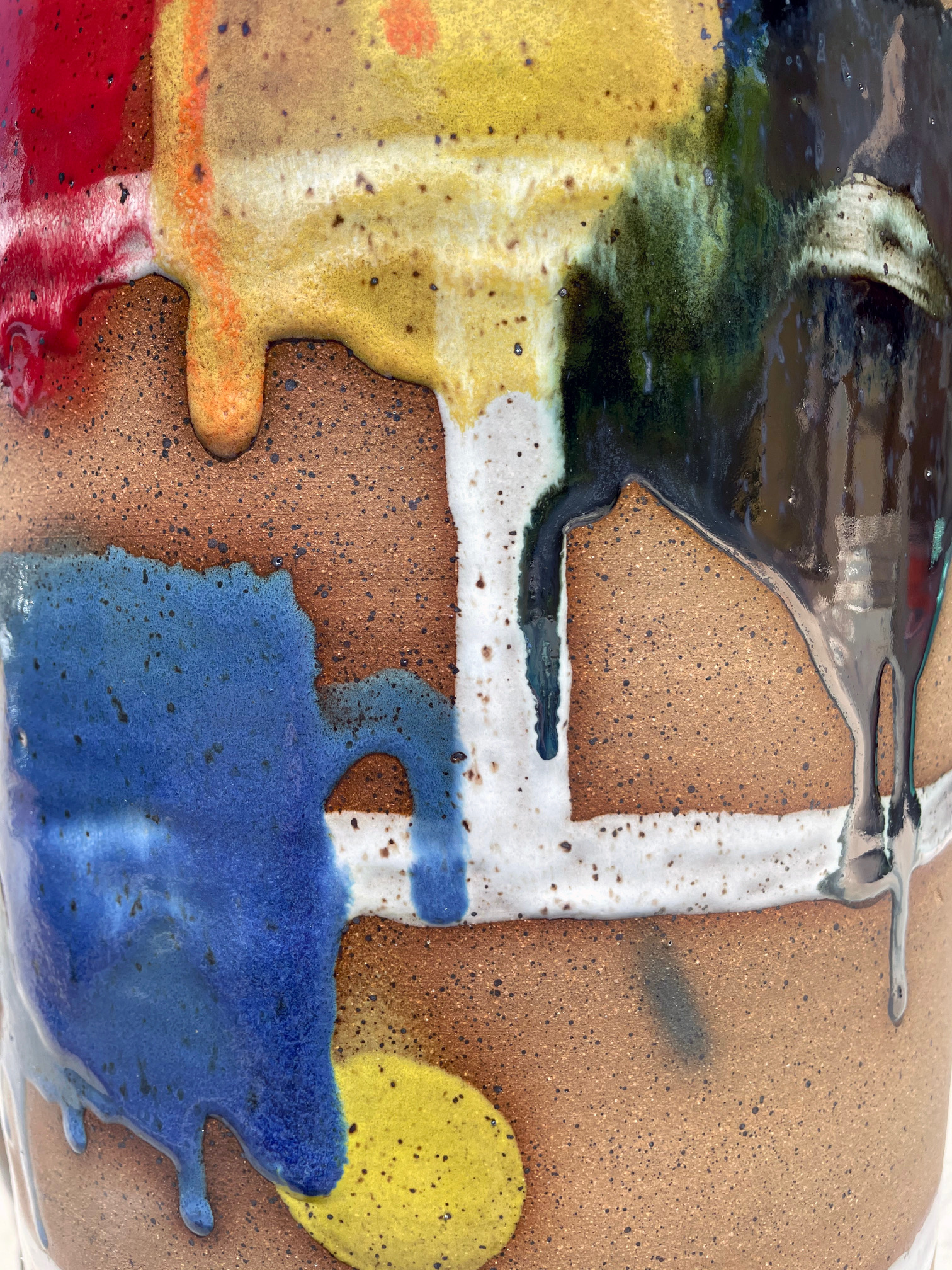