DEB Is the Picasso of Her Generation

Who is DEB? Or should we say what is DEB. Deborah. Little Debbie. A name. An asignifying signifier. A paronomasia. A signature.

DEB: A debut. A debutante. A show. A showing. To enter the public. The agora. The public eye. To come out of the closet. The studio. The garage.

The pure materiality of DEB’s painting makes it equally sculptural. Is DEB the Richter of her generation – alone making pure painting speak, mute, after the fall. Is DEB the Rothko of her generation – alone making God speak after its disappearance. Go back one more generation. DEB is the Picasso of her generation. How can this be so? Returning to ground zero with the pure abstraction of matter and color. Somehow. How has it not been done. How is it possible to return to this innocence before the corruption. Before the fall. Before art school. The fall of art. Is it possible to survive the deconstruction of the meta-language of the critic, the gallery, the collector. For the singularity of the artist and its object-language to live. A trace of the context remains. A remainder. A frame – in the form of a panel from which to hang. And later a series of jokes. Text paintings where a psychoanalytic art of war has been learned so that the shield of armor can be replaced by a sword – in the form of a wooden stick – in which only the attackers own force is used against it. The critic. The gallerist. The collector. Her painting catches the viewer in its gaze. Blinds it. Makes it listen.

We then could ask the question: Is the Picasso of Her Generation. Is a Picasso possible today. The heroic man of modernism. The Son who casts aside the Father – destroyed the Patriarchy – in order to innovate. To see differently. To paint differently. To fuck differently. In a way already no longer acceptable. The heroic gesture has already been replaced by the ironic reference. At the moment the modern began – with for example Picasso – the post-modern arrived – with for example Duchamp. Perhaps there is not one without the other. Correction. No modern without the “hyper-modern” becoming “trans-modern.” Of a failed marriage. No son without the daughter. And then let us say that the postmodern is but a symptom. The symptom of art. The symptom of our time which came from what art has brought to us. And the symptom within art which cannot seem to be overcome. Duchamp was the trans-modern bride to Picasso’s modern. The post-modern symptom cannot be banished without the trans-modern taking hold of the modern.

And yet Picasso the pure painter who only changed the frame of painting within painting and not the frame of art itself as with Duchamp’s readymade, made it possible for Duchamp to do this avant la lettre. The collision of perspectives suggested by war led Picasso to not only the collision and collage of cubist perspective but toward the three dimensional collage erupting from the painting, blowing up the 2D sketch into 3D object, paving the way, creating an aisle, for his bride Duchamp, to further break the frame of art. Duchamp, a man who would later take woman’s clothes, woman’s name, would confess to a woman that at this time, that the groundbreaking readymade of the fountain was in fact suggested, if not created, at the very least collaborated on, mark of the trans-modern, by a woman “non-artist” – another mark of the trans-modern yet to come. Here is the secret. The current eruption of woman against man will only send us backward. The Son can only succeed the Father (and Mother) by joining with the Daughter. The Daughter does not succeed the Son except by taking his hand and leading them to the final place.

Is it about gender? About engendering. About generation. Somewhere between Joan Mitchell’s schizoid isolation of the desert, ignominiously barren – Joni Mitchell’s desperate abandonment of husband, child, and painting to be heard – Lutz Bacher’s maternal invisibility and anonymity finally redeemed – we find the Prima Mater in DEB’s painting. Gendering painting and child as art in a rapprochement designed to save the race. Light years beyond the trend for “female art” DEB takes the hand of the modern man without losing – without being able to lose – for one second herself as woman. Go West young woman. Is it possible to embrace the origin, the material, in a way that is more significant than all those empty signifiers of the symptom of art? Take a look. 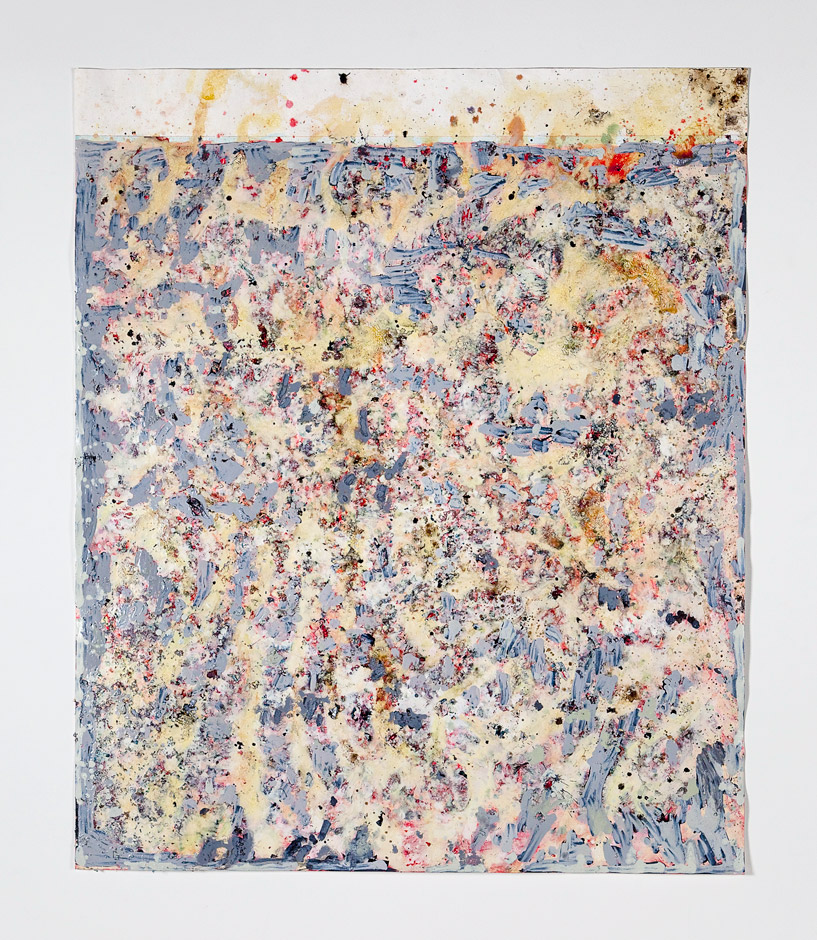 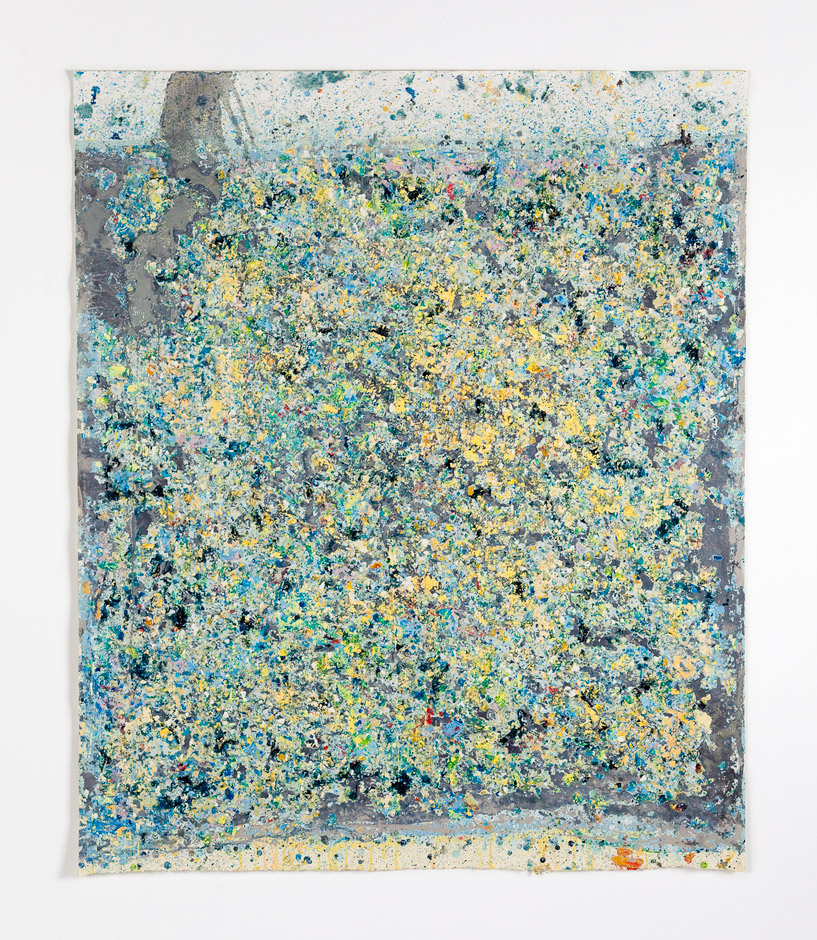 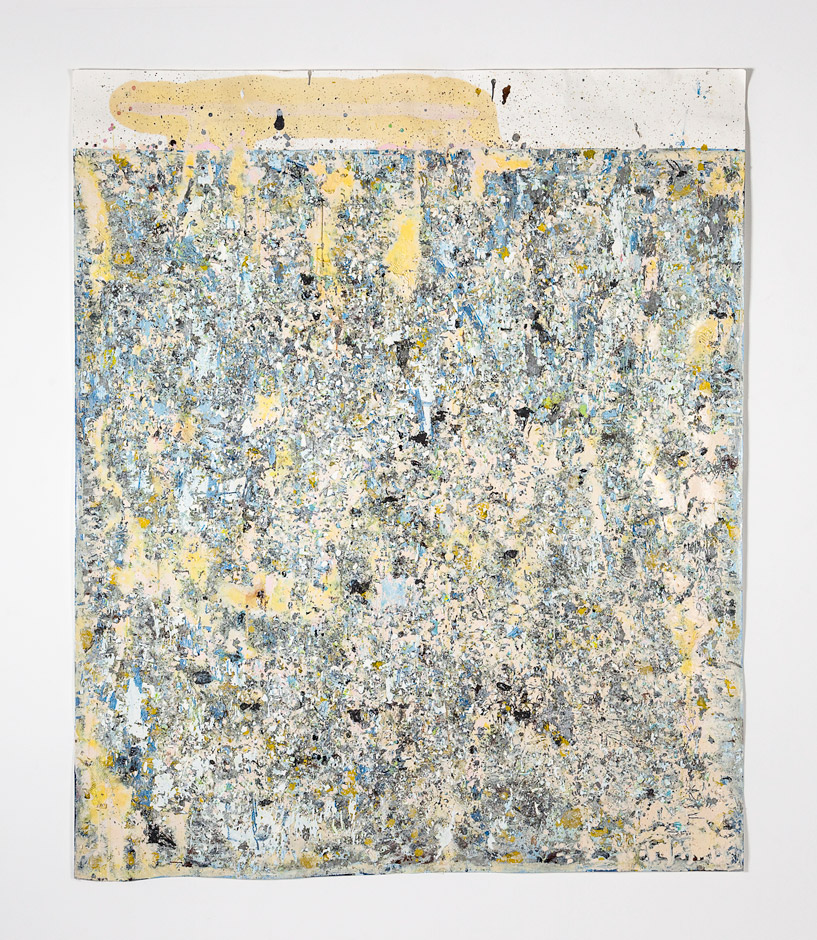 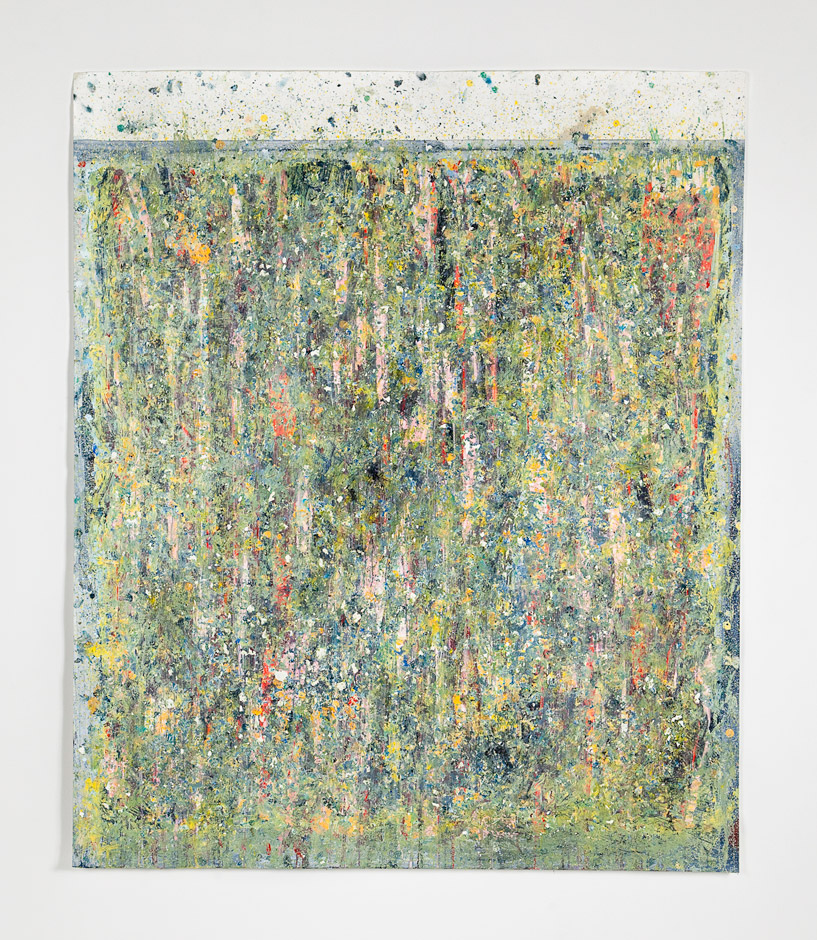 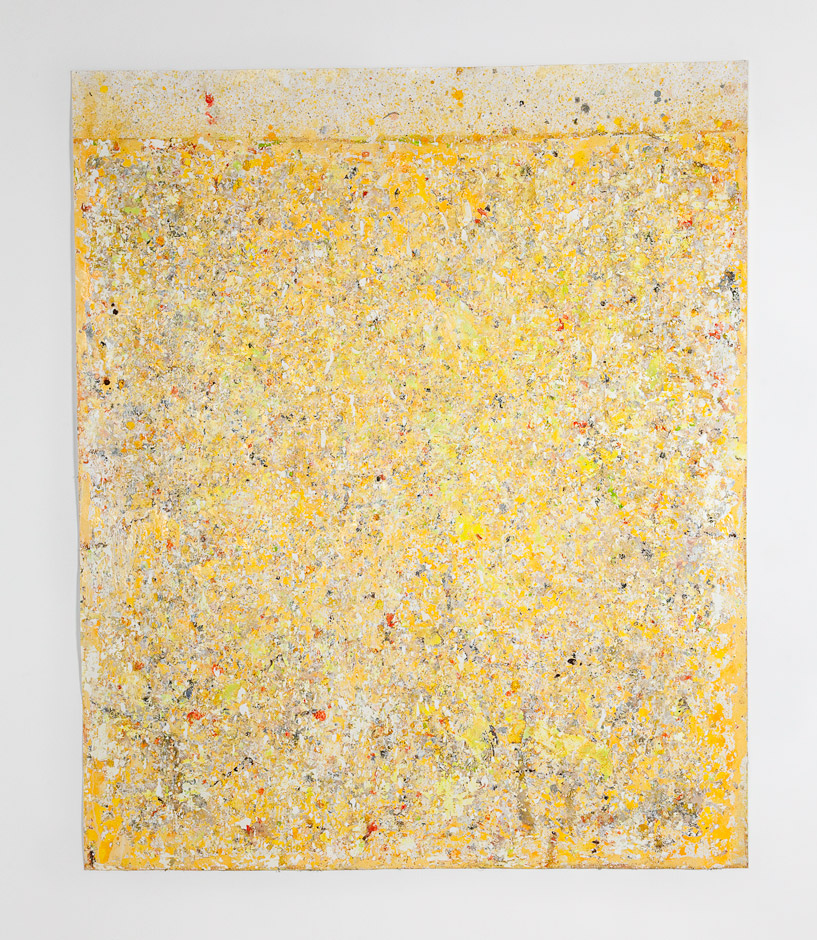 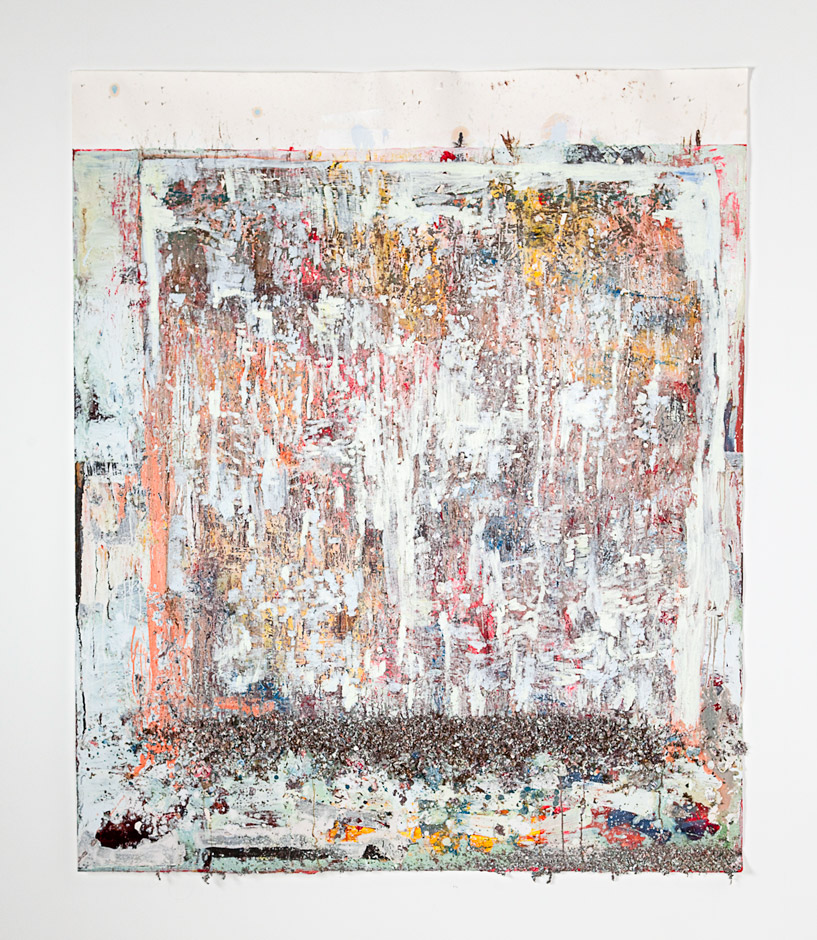 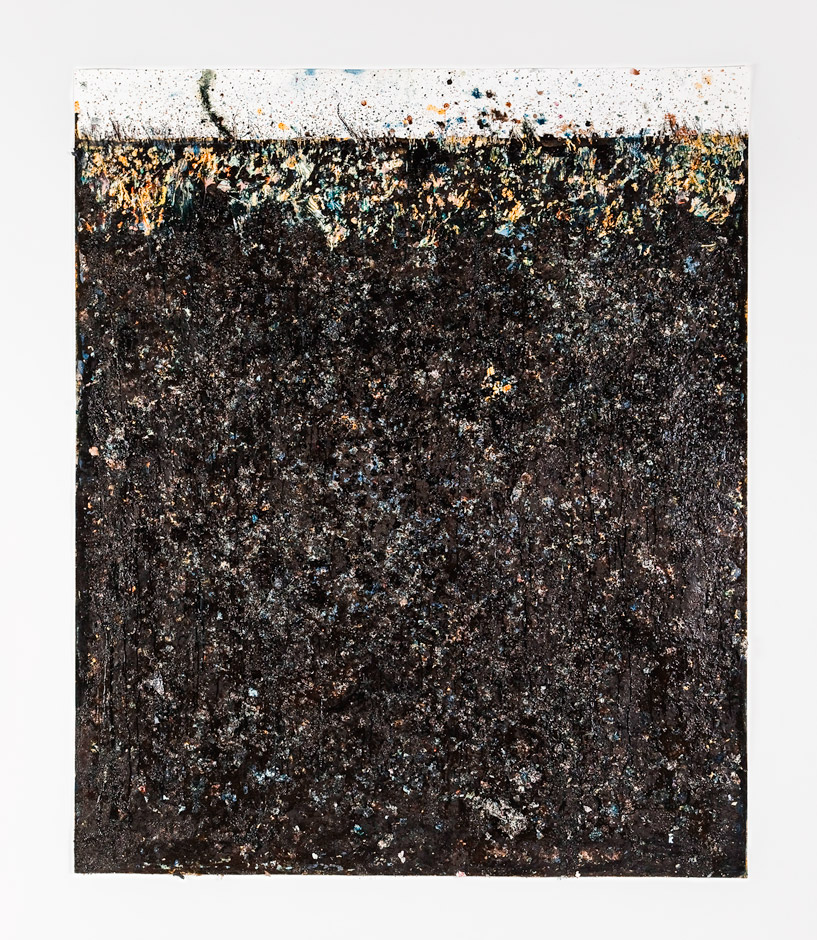 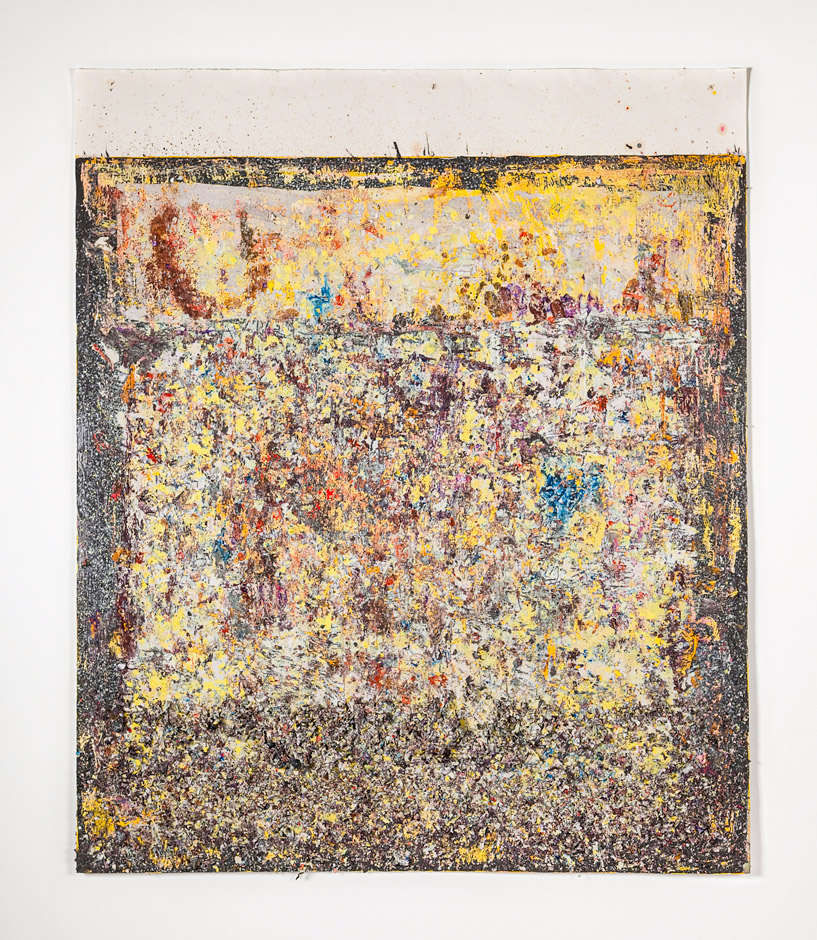