Taewon Heo has been capturing “found-painting” images from various cities since 2005. The paintings are the result of covering over graffiti in public areas. His new exhibition at LIBERTINE focuses on the aftermath of the 2020 Hong Kong protests. At its core, Heo’s art questions the nature of authority and its psychoanalytic implications.

Who are the secret cops. In these times they are everywhere. Or nowhere. Everyone is concerned to do away with “the man” – the authority – the cop. But like a mutation, the cop has multiplied and gone into hiding in each and every one. In the name of righteousness each one is desperate to show his virtue – yet this is nothing other than an adherence to a more insidious cop – the superego of group allegiance and normativity. No longer is there a patriarch to point to or a clear rule of law. There is but a covert and unspoken norm of village mentality that one must guess at to agree to or be excluded. As humans we have degenerated from the level of “civil rights” to deviate from the norm as “one” of absolute difference, to the point of majority rules as a form of minority rules. Identity. Belonging. The Ego mirrors the Superego of the group.

What is painting? To paint is to apply pigment for the purpose of conveying meaning. Not only a figurative depiction reproducing the imagined reality of what we see. Not only an abstract conjuring of projections and feelings. Painting a house is one way. Painting a sidewalk crack. Painting in the air where it exists for moments. Painting on the wall – a message or just a signature (yet in stylized form).

So is Taewon Heo someone who seeks the most abstract art – an art of non-production and non-meaning to make us think. Or rather to make his parents not think yet feel he is a waste. Or is he one who presents the opposite: a political message to resist. Or is the message the same. That is that the most political message today is still just to resist the cop inside of us no matter what that is. He is both by means of the final solution: PAINT.

The simplest gesture of art can sometimes be political. But how can documentation of political resistance honor the medium of art: through video, photo, paint, and performance something can be rendered of the LIBERTINE. 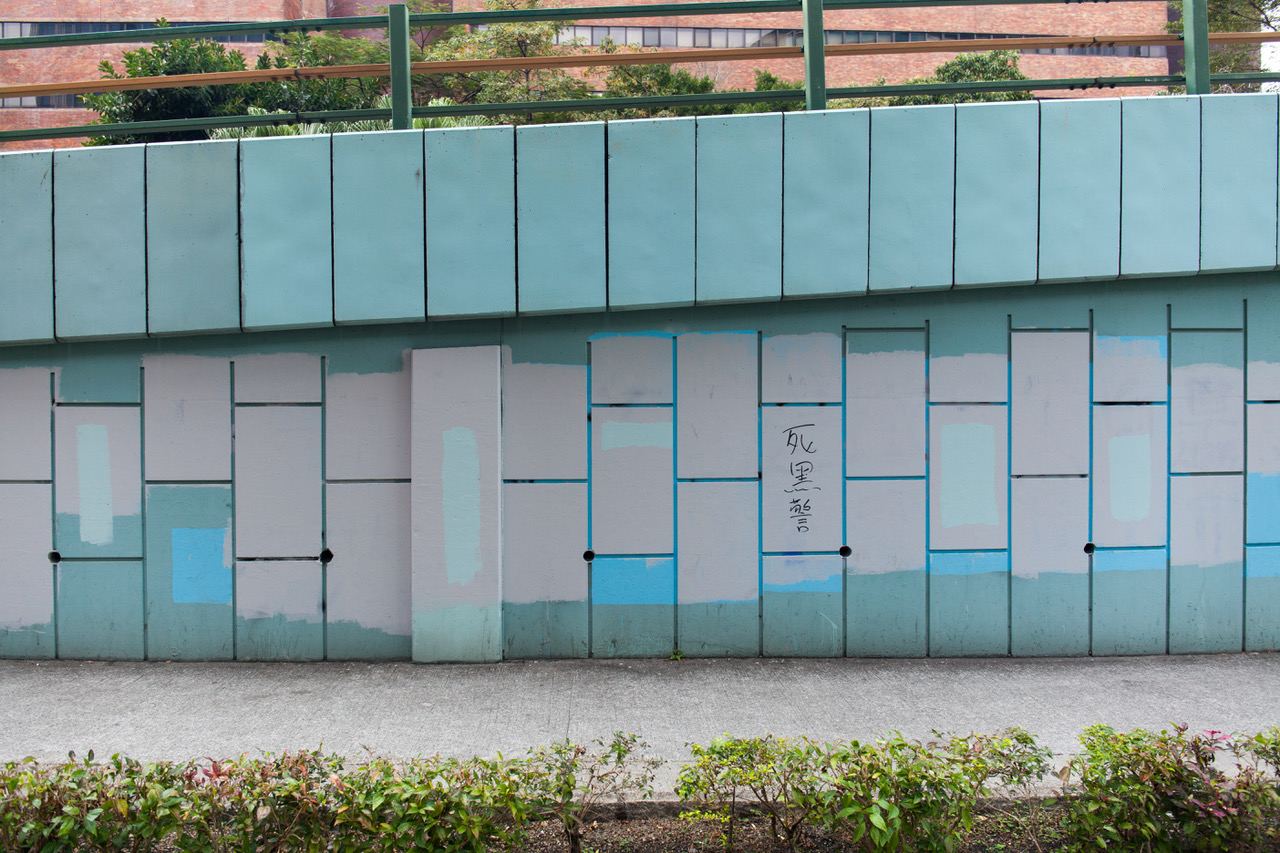 Paintings from Hong Kong (Kill the secret cops)
Chromogenic print, 36in x 54in, 2020 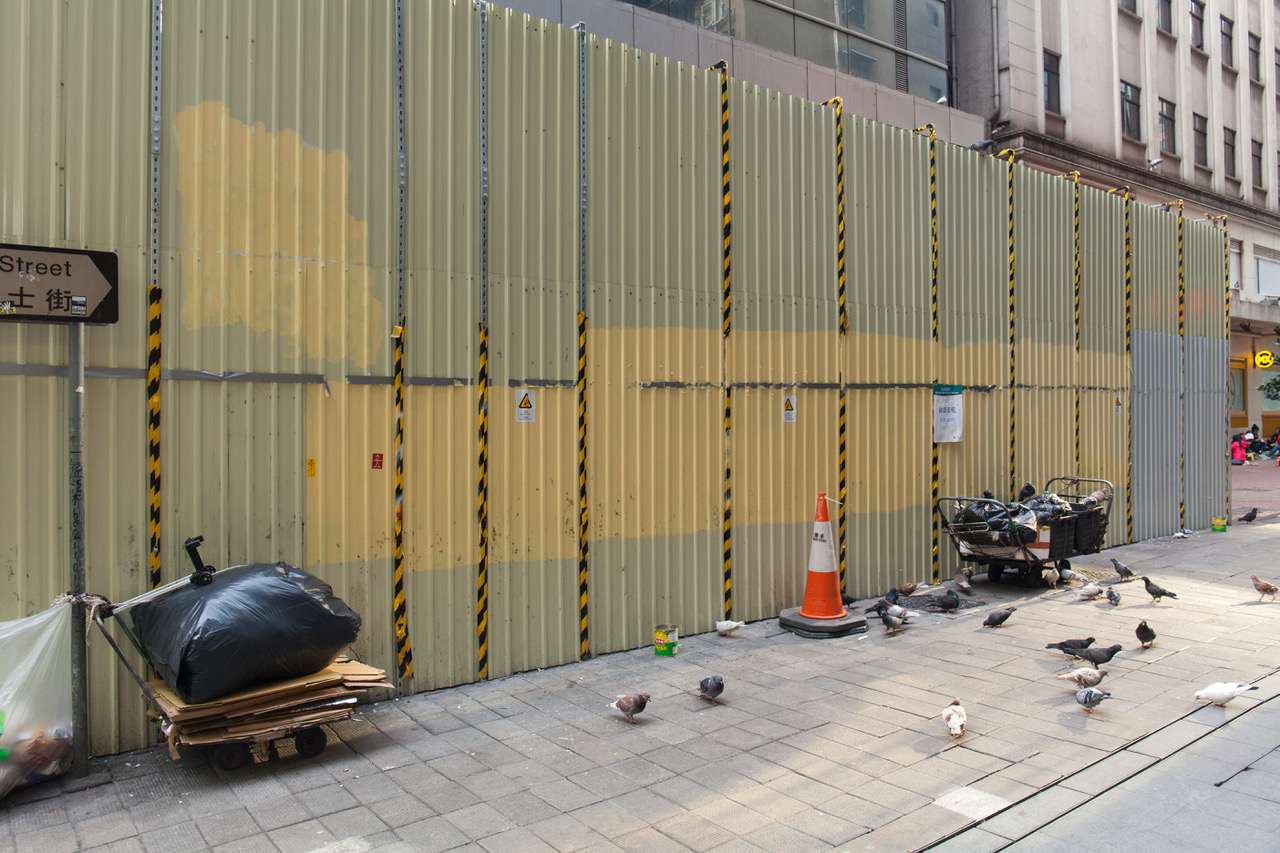 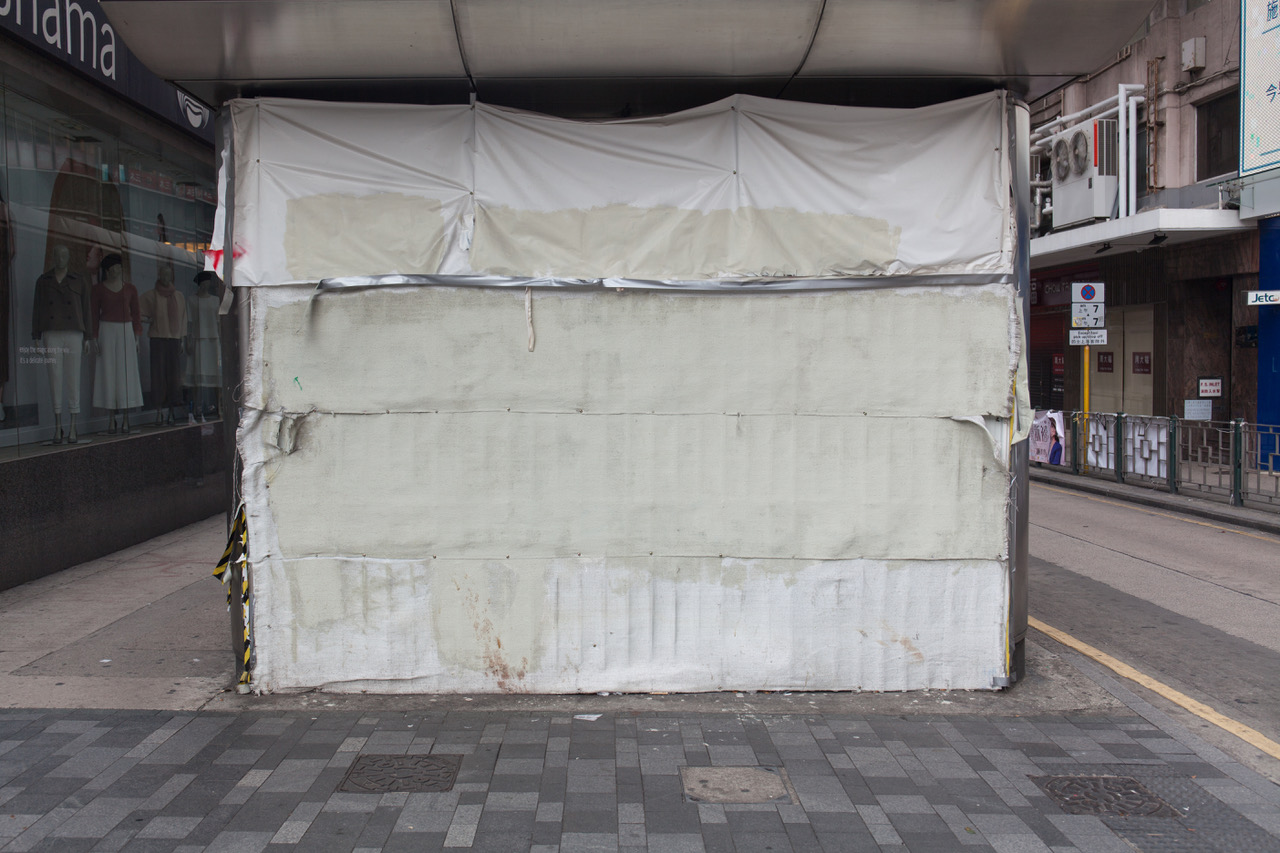 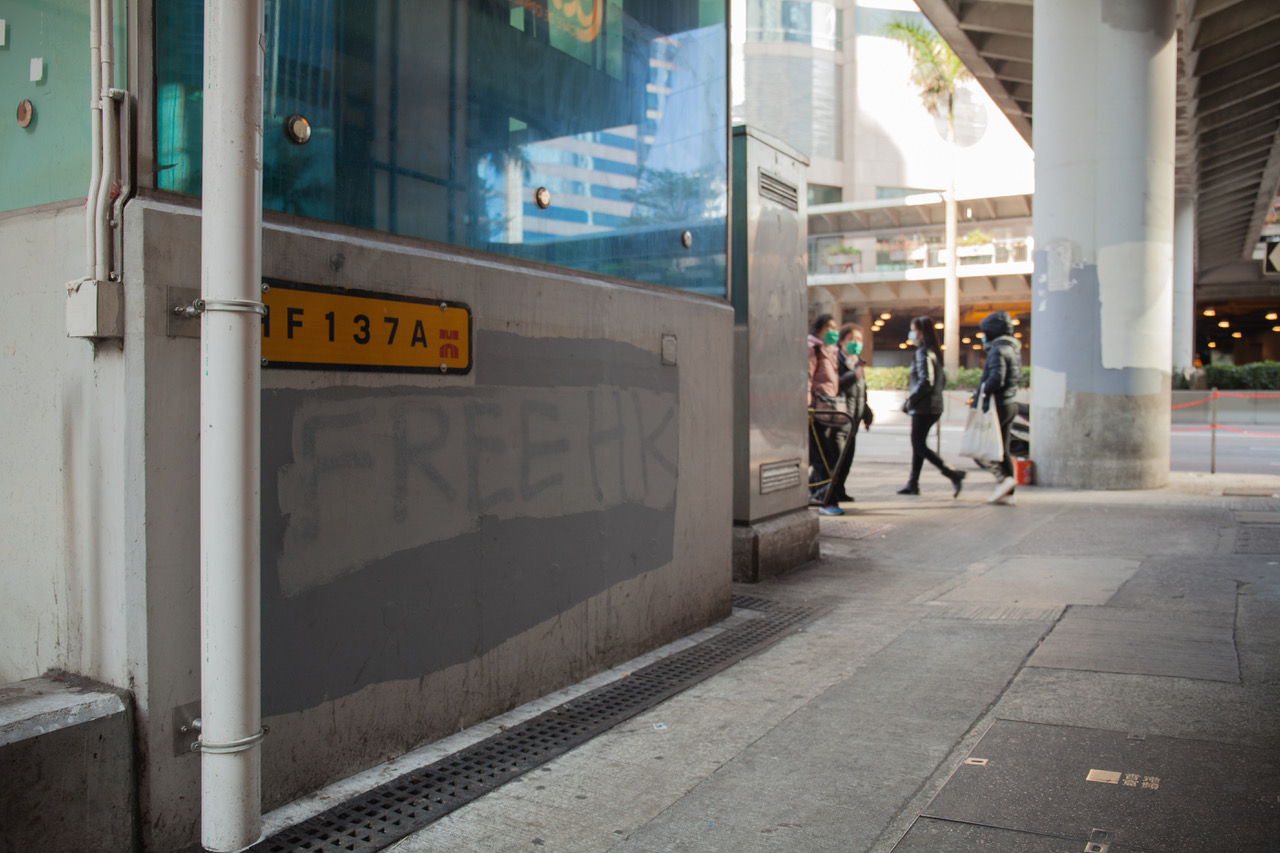 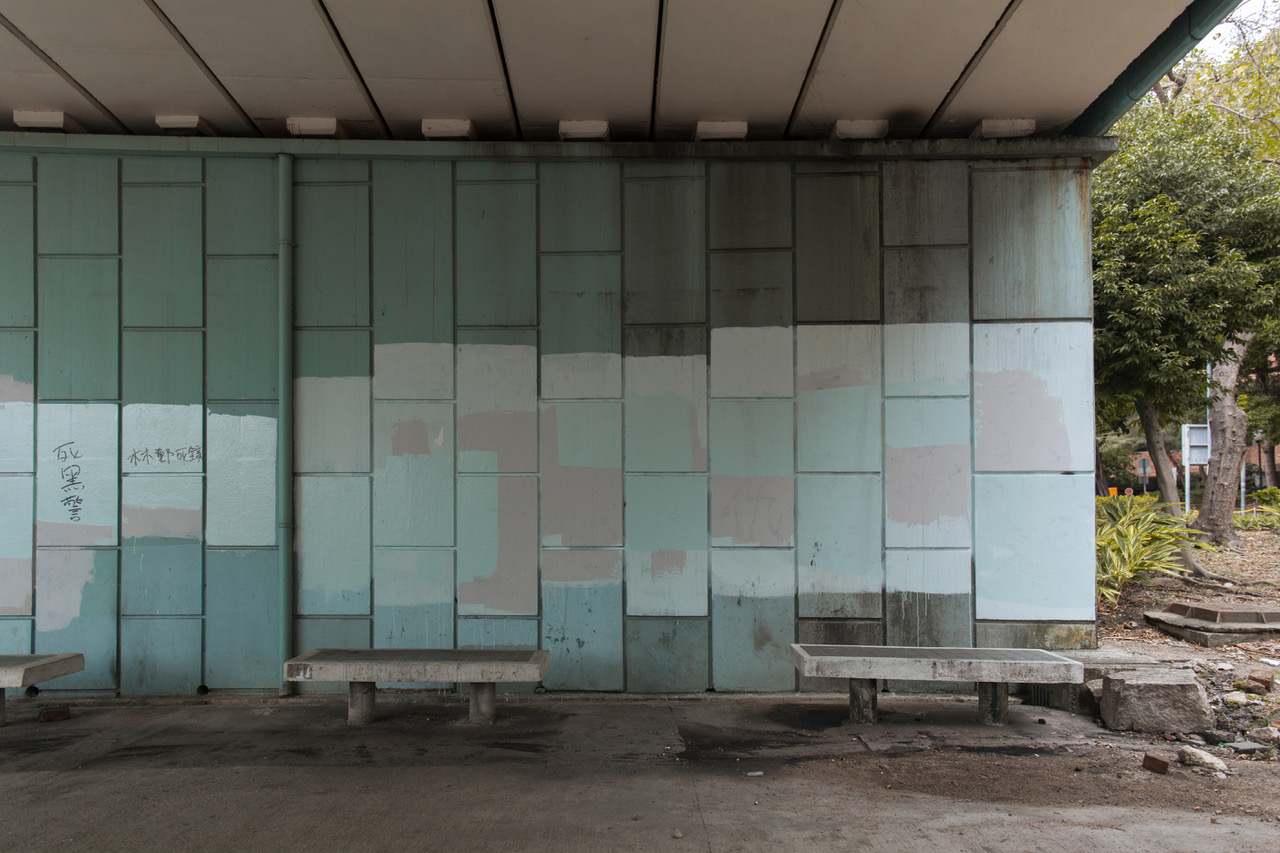 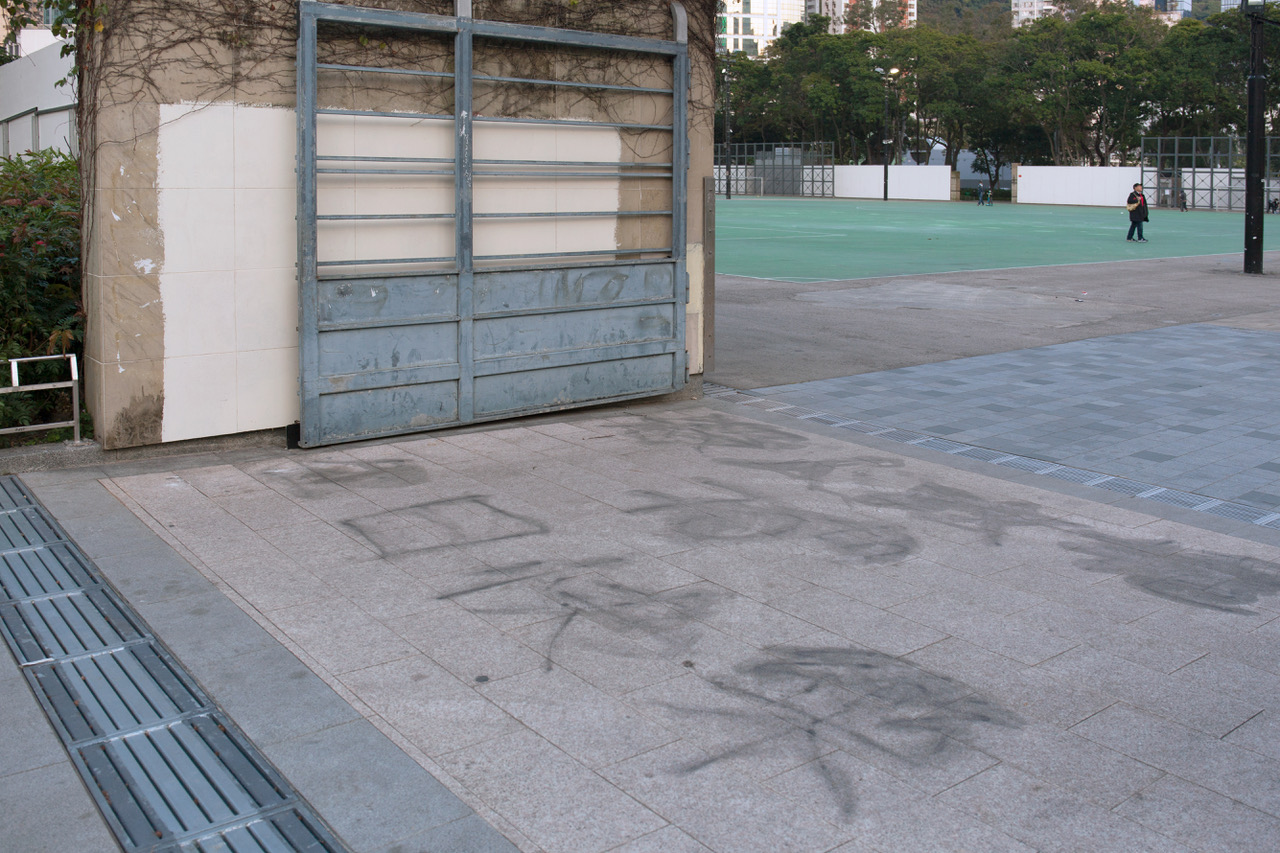 Paintings from Hong Kong (Happy 70th Anniversary of the murderous regime)
Chromogenic print, 36in x 54in, 2020 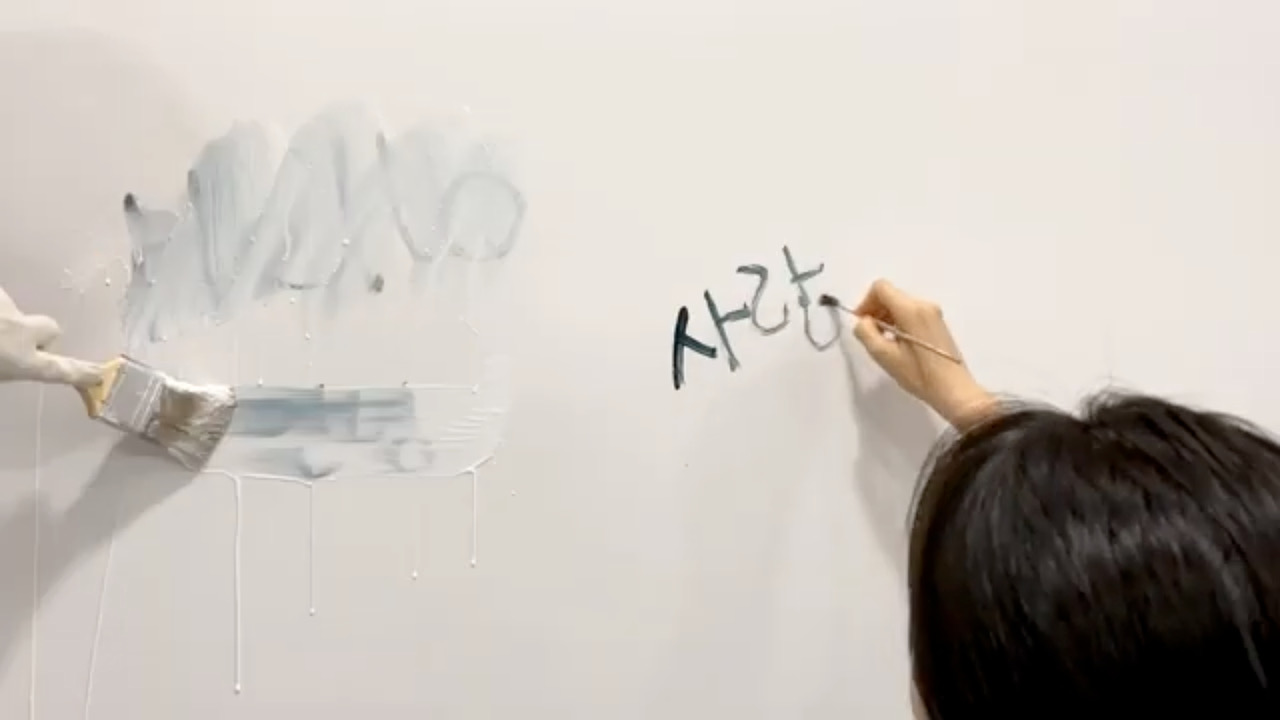 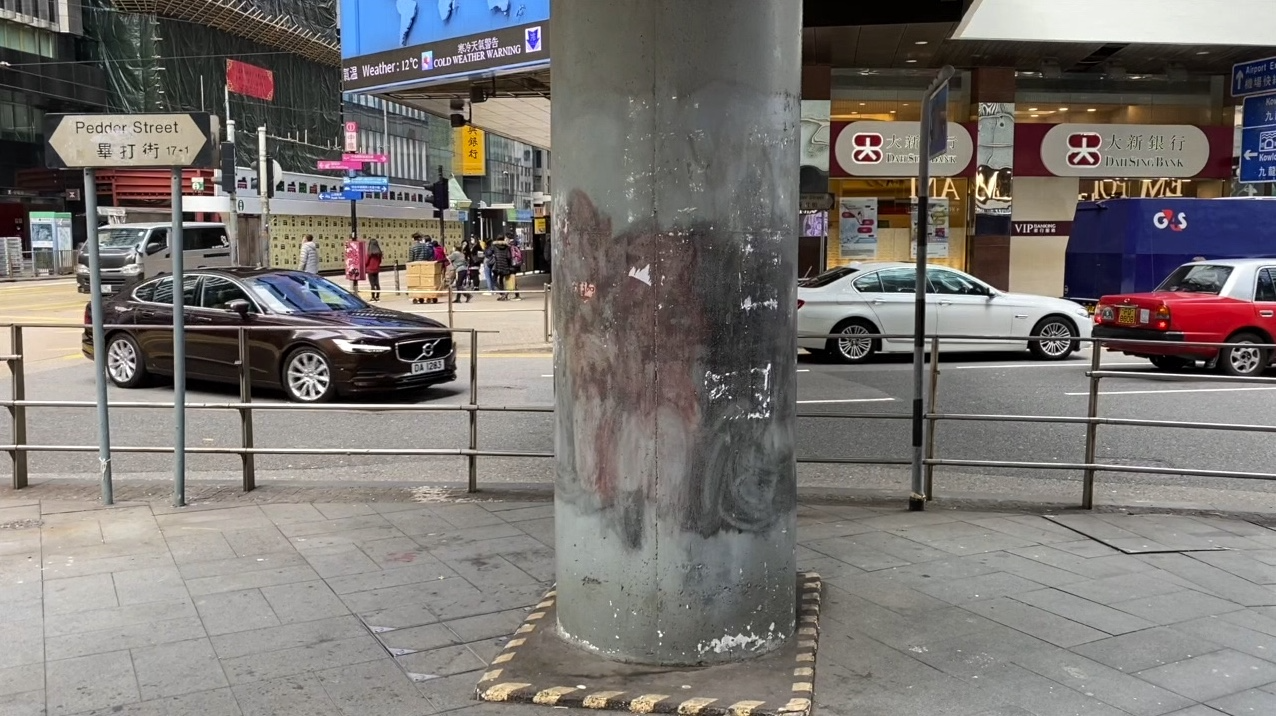 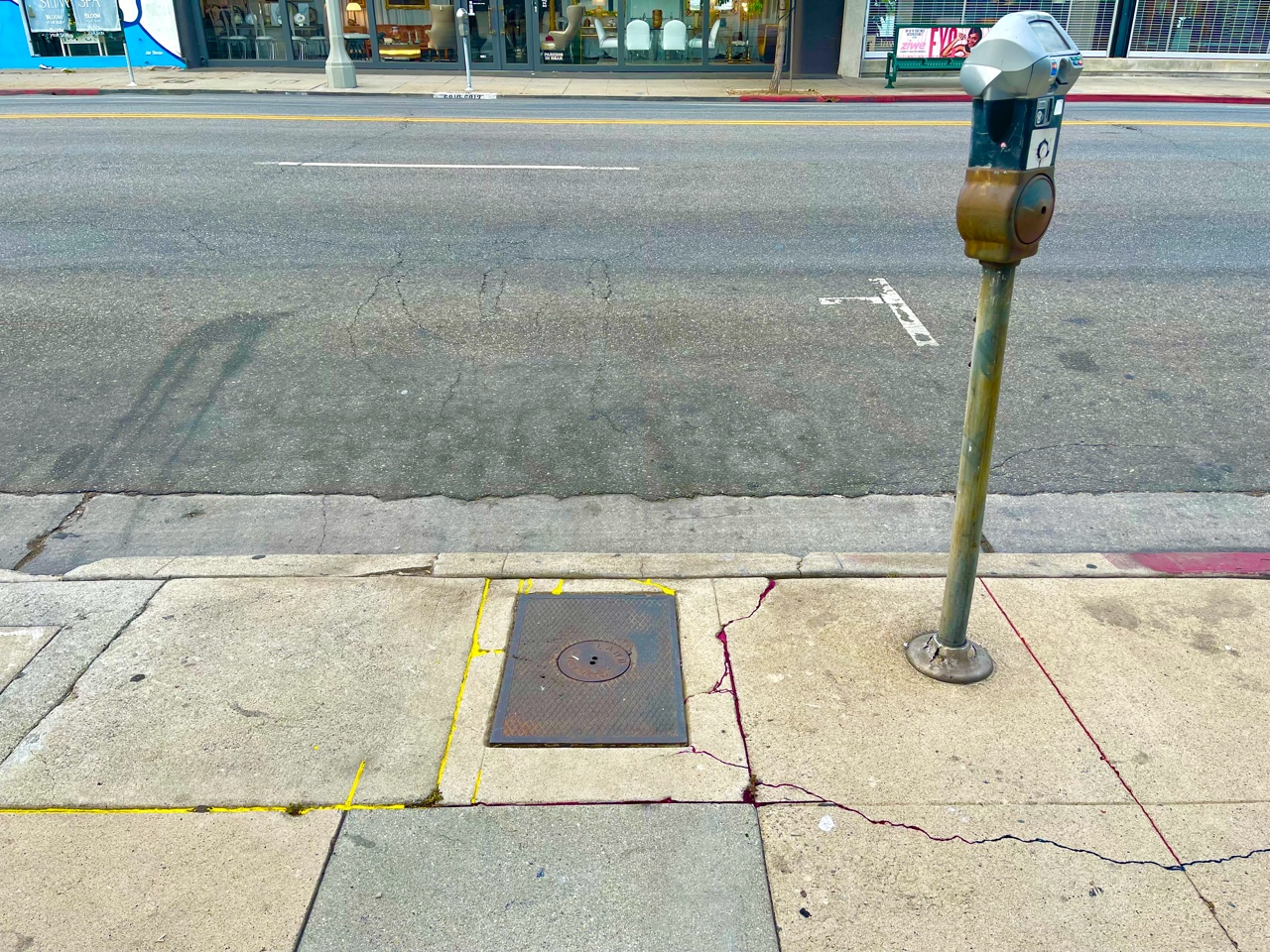 Untitled
Painting on the cracks outside LIBERTINE, 2021