In between worlds… What do we know about the sacred and the profane: a schema anthropologists have used to understand the common thread throughout human civilization. The everyday world of surviving and thriving requires reason and function. But the human mind and spirit requires a reason to be, a reason to believe. The great ailment of our civilization – alienation, anomie, nihilism – stands behind a proliferation of mental and physical illness. And how is this possible in a world of such technical advancement. Rather should we say how is it not inevitable in a world of such technicality.

The tribal shaman was the expert at navigating worlds. He traveled between mind, body, and spirit – between sacred and profane – between a multiplicity of universes. Perhaps an artist today can play such a role. Shiri Mordechay demonstrates this. Images of gods and demons, animal and mineral forms emerge out of the ether onto the page. And then extend themselves further into a three dimensional sculpture – or even a fourth dimensional adornment to be worn through time.

Mordechay’s work may be seen as the epitome of a shamanic healing – of trans-generational trauma, personal and cultural. A clash of tribes. A clash of spirits. A clash of religions and laws. From Iraq to Israel to Africa to the United States. Shiri does not look too hard to assign meaning or judgement to these works, but to let them speak and show themselves. Do we have the courage and patience to listen, to see. Her method recalls David Lynch who also channels inspiration from the depths of dreams, fixations, messages. Or Georges Bataille who embraces the darkest shadows of the sacred and profane. From the unconscious – the superconscious. If we shut ourselves off to the sacred – with its sometimes violent and transformative nature – it will only return from the repressed. This art is an opportunity to integrate.

The opening will be accompanied by a performance of the artist’s Living Couture and a Seance investigating the sources of her work.

*Warning: this work contains graphic images that may not be for the young or the sensitive* 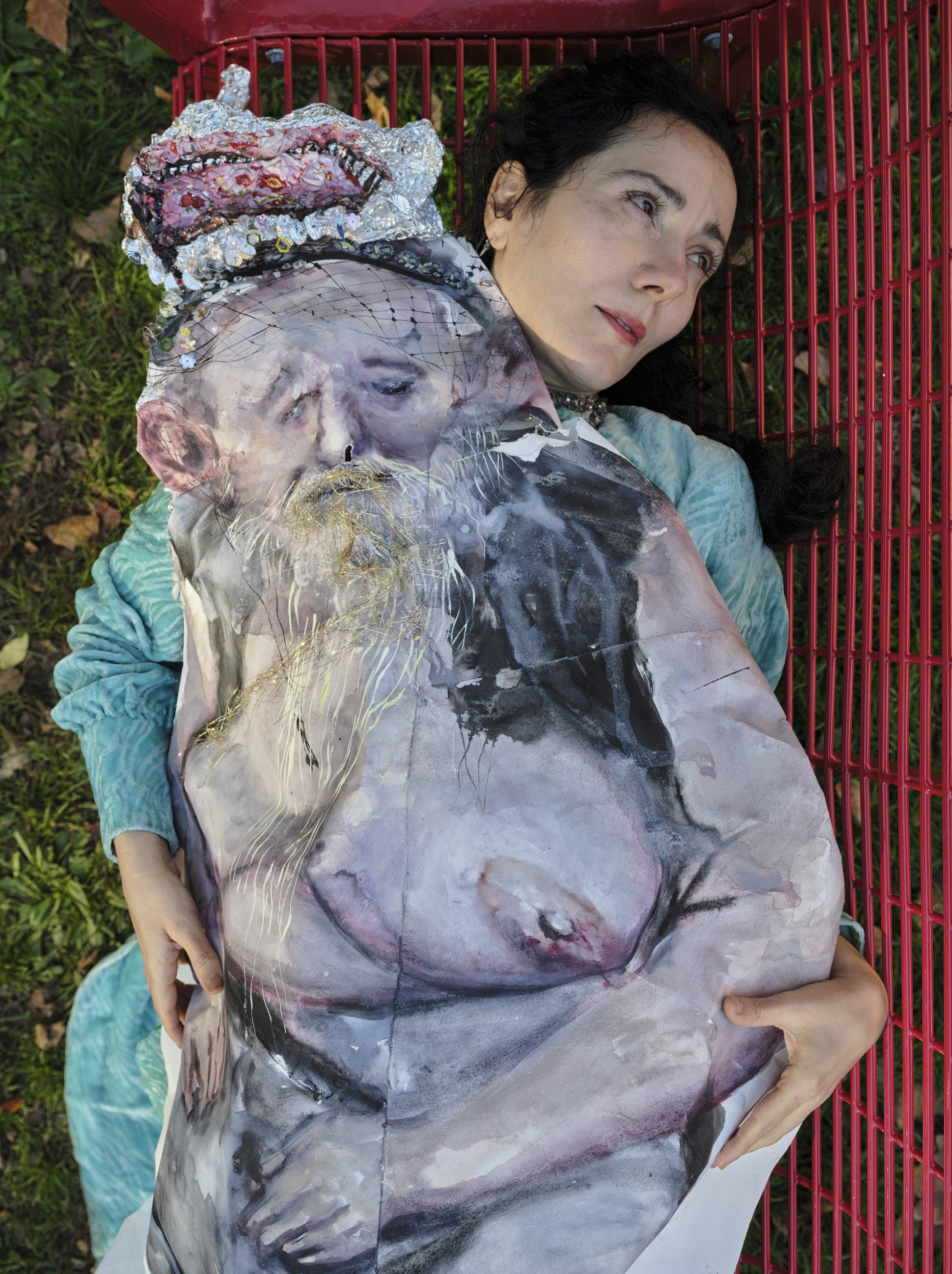